Is Weed Legal In Curacao?

Is Weed Legal in Paraguay?

Cannabis Social Network – The Best in 2021

So you’re looking to get a vaporizer and have had your eye on the Arizer Extreme Q Vaporizer? Or maybe you’re still tossing up between a few different choices.

Let’s get to the point straight up. The Arizer Extreme Q is not the best desktop vaporizer out there, but we would argue that it is one of the best for value for money. We’re going to talk you through our whole thought process, including the good and the bad of this vaporizer.

Disclosure: This page contains affiliate links and does earn a commission from purchases through these links. This does not affect the price you pay, if you make a purchase through one of these links.

The best thing we’ve found about the Arizer Extreme Q is the value for money. It does the same job as other more expensive vaporizers, for a fraction of the price. When you’ve got a good product that does its job well, you have to ask yourself if it’s worth spending a few hundred dollars extra for some more features or a more recognized brand name. Don’t get me wrong however, if you have the cash to splash, there are better options out there.

Use your weed twice (sort-of)

This point is applicable to vapes in general, not just the Arizer Extreme Q. After a few uses in the vape, your weed will start to produce less vapor, meaning it’s time to change it out. This does NOT mean that it belongs in the ash tray however. Save this in a separate bag for later, and try making some edibles out of it. This weed is already de-carbed, meaning it’s ready to be put onto an edible now. Google search already vaped buds (AVB) for more details on this. 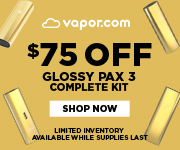 The Extreme Q comes with a lot of spare parts. You receive 2 bags, 2 mouthpieces, an aromatic bowl and 2 cyclone bowls, 2 bowl connectors and a pack of wire mesh screens. I’ve had my vaporizer for about 4 years now and still haven’t changed my bowl piece over to the new one. I also haven’t broken any pieces yet, in case you’re thinking that’s why they’ve included so many spares.

It may be an old stereotype that stoners are lazy, but stereotypes are often based on at least some truth. If you fit this category, you’ll be glad to hear that the Extreme Q comes with a remote control which can control fan speed and temperature. If you have a habit of leaving things on, you can also set the vape to power down after a certain time, which has saved me from leaving it on all night a number of times. You can even control the blue lighting underneath, an unnecessary but cool feature.

You get the choice of using either the conventional bag to capture the vapor, or use the whip, which is a silicone pipe that can be used to pass around in groups, similar to a Hookah pipe. If you’re by yourself, the bag may be better suited for you. You can connect it back up so you don’t have to finish the bag in one go. It’s also worth noting that the bag has a very slow leakage rate, almost zero. Even after coming back hours later, I’ve noticed only a small decrease in volume.

They last a long time

I’ve had my Extreme Q vaporizer for about 4 years now. I still haven’t replaced some of the parts that were included, and all parts still work. It could definitely do with a dust, and the bowl pieces could use a clean, but apart from that it’s working as well as it always has. This isn’t to say that other desktop vapes don’t last as long, just to point out that from my experience this one does.

The bowl piece can get hot if left on/connected for too long. This can make it difficult to take off and empty. It does cool reasonably quickly, however this can be annoying. Nothing some tongs or oven mitts can’t sort out though. There’s also a timer function included if you’re prone for leaving it on too long.

Replacing the bag can be somewhat difficult to do, especially if you’re already high. The bag needs to be attached to the mouth piece manually, and getting a decent seal might take more than one go. The vape does come with a bag already attached to a mouth piece, so you won’t need to worry about this for some time. I didn’t replace a bag until after about 2 years of use, and even then you can copy how the old one was attached. If all else fails, YouTube and Google are your friends.

Time to fill a bag

Compared to a portable vaporizer, the Arizer Extreme Q is not great for sneaking in a quick vape before something. First there’s the heat up time, which is about a minute. Then if you’re using a bag, they take a few minutes to fill up. There’s 3 different fan speeds, however increasing the fan speed will decrease the amount of vapor. If you want a dense vapor bag, the low fan setting is best. If you’re after a quick bag however, then medium or high will work better. I don’t think this is a deal breaker, but if your Uber is 3 minutes away you probably won’t have enough time to get one in.

This one has been included because I felt having 3 negatives wasn’t enough, and I’m also really lazy. Setting up and packing down can be a bit annoying, although really it takes around a minute or so. It’s only one cord you need to plug into the vape and power, so if you can handle that, you should be sweet. Obviously desktop vaporizers require more setup than a portable one like the Pax, and take up more space. If you plan on leaving it setup permanently though, you don’t need to worry about this at all. 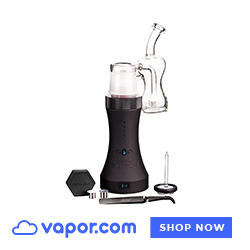 The Arizer Extreme Q Vaporizer is great value for money, providing you with a vape that does the job it’s meant to do, and includes desired features. Some features are timer off, pre-heat it with the remote control from the comfort of your bed, and use it with either bags or the whip, which is similar to a Hookah pipe. The main downside is the bowl can get hot if the vape is left on for too long, but that’s to be expected when the device needs to produce a lot of heat to work. Overall, the vape is great value for money, and has never left me thinking I should’ve spent a bit more to get a higher quality product.

we receive a commission from sales through the below image link

Is Weed Legal In Argentina?

Argentina is a big country filled with people, nature, music, and weed. It's the eighth-largest country in the world, clocking in at 1,073,518 mi2...
Read more

Is Weed Legal In New Zealand?

The THC Times is a participant in the Amazon Services LLC Associates Program, an affiliate advertising program designed to provide a means for sites to earn advertising fees by advertising and linking to amazon.com

Lookah is an online headshop with over a decade of experience. Although they started off as a wholesaler, selling only to other businesses, they...
Read more

It's time to review the Davinci IQ 2. The successor to the original IQ. A lot has changed. A lot has stayed the same....
Read more

I've got a long list of products to review, but the Airvape X has never been on that list. Probably because I didn't really...
Read more
- Advertisement -

The heavier side of house and techno

Is Weed Legal In Poland?